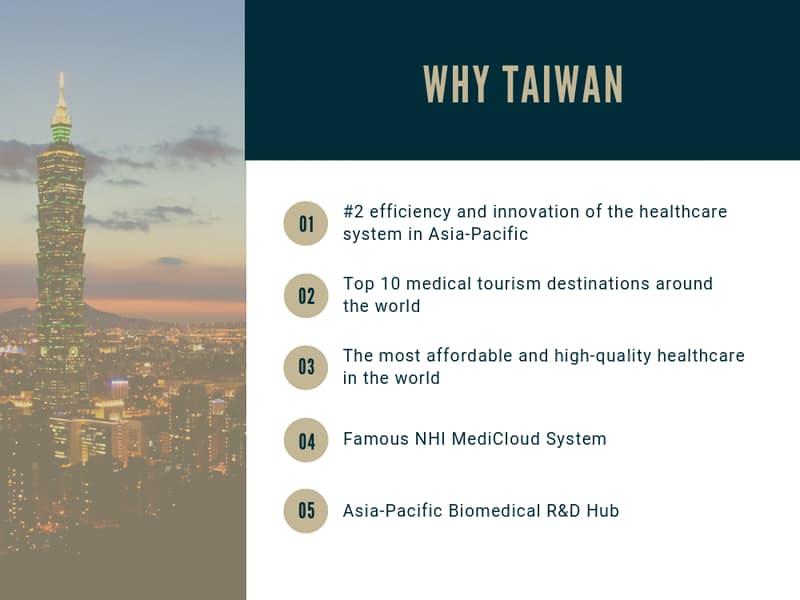 Taiwan is part of the global health community and will continue to contribute its expertise and experience to the international community. Taiwan’s can help strengthen global medical development.

#2 efficiency and innovation of the healthcare system in Asia-Pacific (Economist, 2017)

Economist had listed Taiwan the 2nd efficiency and innovation of the healthcaresystem in Asia-Pacific. Taiwan also ranked 3rd on the Global Access to Healthcare Index, and the area of reach of the healthcare infrastructure in Asia Pacific, only after Australia and Japan.

One of the top 10 medical tourism destinations around the world (Patients Beyond Borders, 2018)

According to Patients Beyond Borders, the top 10 medical tourism destinations include Taiwan, along with Brazil, Costa Rica, India, Israel, Mexico, Singapore, South Korea, Thailand and Turkey (by alphabet).

Taiwan advanced in the treatment of cardiac diseases and orthopedic conditions, the country is on the verge of becoming a hub in these medical fields. Taiwan boasts as the first in kidney transplant in Asia. The National Taiwan University Hospital, where the procedure was performed, provides affordable and high-quality treatment for medical tourists. Also, the first ever pediatric liver transplant in Asia was performed by surgeons at the Chang Gung Memorial Hospital, where over 400 of such procedures have been done so far.

Patients generally save 40% to 55% in healthcare cost in Taiwan compared to the cost of similar services in the United States.

Taiwan is close to ASEAN countries. It takes only 3-5 hours flight in average to Taiwan. Hospitable, open-minded Taiwanese, Muslim friendly environment, make everyone feel comfortable in this beautiful island. 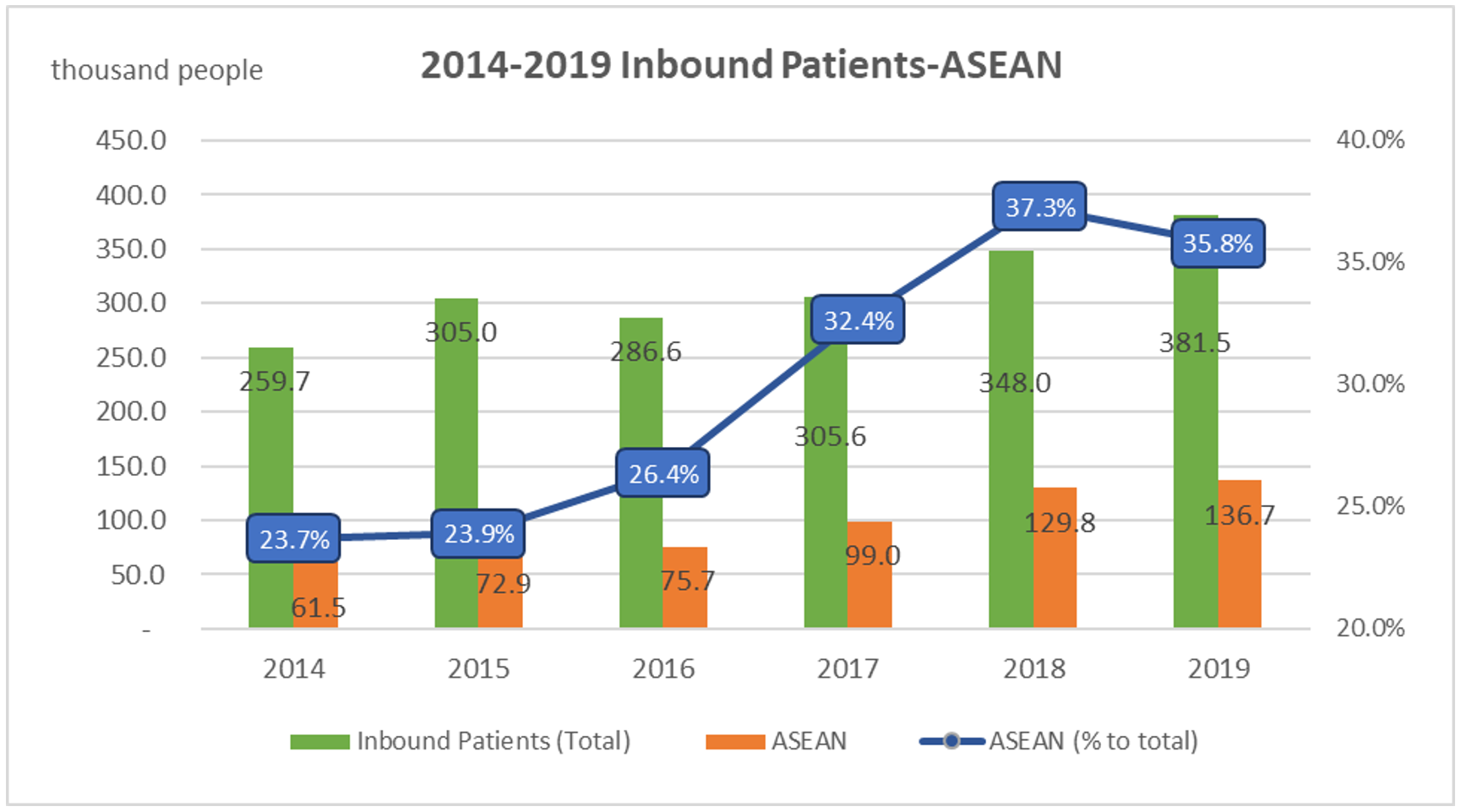 The most affordable and high-quality healthcare in the world

According to HSBC Expat Explorer Survey, 2014, nearly three times as many expats say they are spending less on healthcare than they used to (67% compared with the global average of 27%), while almost two-thirds (64%) say they enjoy the higher quality of healthcare on offer in Taiwan – again at an above global average of 38%.

Meanwhile almost two-thirds say they enjoy a higher quality of health care in Taiwan than they did at home, against a global average of less than four in 10.

Expats who took part in the 2014 survey also rate Taiwanese healthcare as one of the best in the world, with the results eclipsing its rivals, both in terms of affordability and quality. 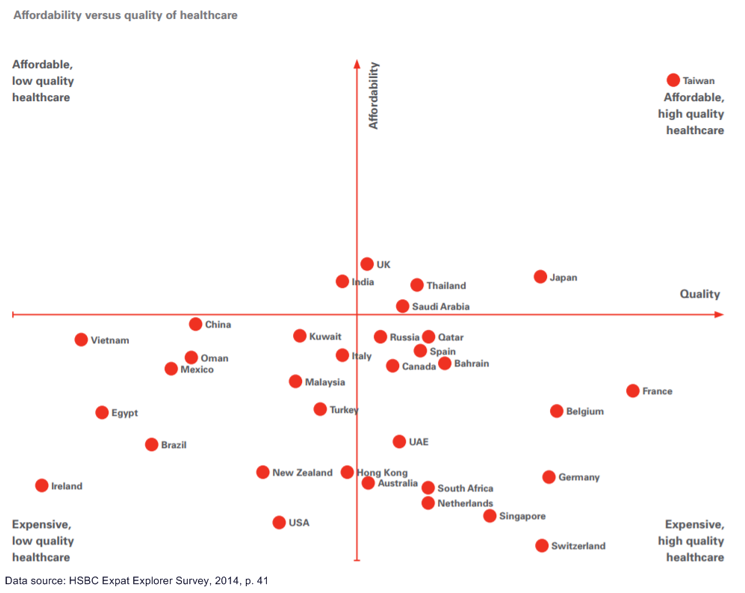 According to the Medical Tourism Magazine, patients generally save 40% to 55% in healthcare cost in Taiwan compared to the cost of similar services in the United States.

Since 1995, Taiwan has had a socialized healthcare plan, the National Health Insurance (NHI), which covers nearly all citizens. 93.03% of healthcare providers contracted with NHI. With the ever-improving standard of healthcare came a steadily rising life expectancy.

NHI-MediCloud established in July 2013, which is a patient-centered health insurance medical record information system. The information updates on a rolling daily basis, taking about 10-15 seconds to display the information.

The system allows authorized medical practitioners to request and receive up-to-date medical records of patient. It also keeps log files to track and evaluate the outcomes. 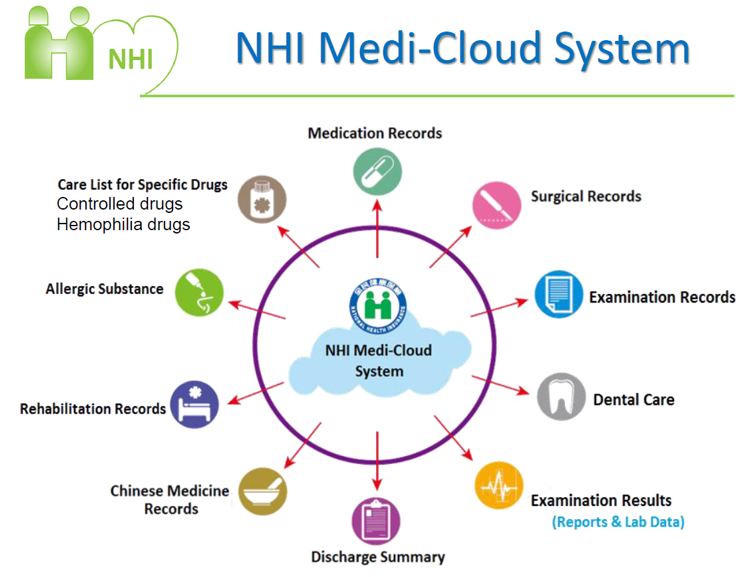 Many hospitals in Taiwan had entitled Joint Commission International accreditation (JCI). In order to maintain the best healthcare services, in 1999, the Joint Commission of Taiwan (JCT) was established by the Ministry of Health and Welfare, Taiwan Hospital Association, Taiwan Non-government Hospitals and Clinics Association, and Taiwan Medical Association. JCT has qualified to become a professional accrediting organization which is certified by the International Society for Quality in Health Care Ltd. (ISQua). There are 19 international medical centers and branches in Taiwan were accredited by JCT.

Taiwan has indisputably made great strides in building a positive ecosystem for its biomedical industry to develop, and indeed Taiwan has the potential to take a central role in biomedical R&D in the region.

A report by Professor Meir Perez Pugatch, a healthcare economist at Israel’s University of Haifa, provided a clear analysis of Taiwan’s comparative advantages and disadvantages in biotech, based on the results of the latest Biopharmaceutical Competitiveness Index (BCI), a global survey. Taiwan ranked a healthy third among “newcomer economies” after Singapore and Israel – “an amazing success story” in Pugatch’s estimation – with strong scores in such categories as Clinical Research Conditions & Framework, Scientific Capabilities & Infrastructure, and Effective IP Protections (bolstered recently by new Patent Linkage legislation).

The Pharmaceutical Inspection Co-operation Scheme (PIC/S) was established in 1995 as a global, non-binding, informal co-operative arrangement between Regulatory Authorities in the field of Good Manufacturing Practice (GMP) of medicinal products for human or veterinary use.

PIC/S presently comprises 52 Participating Authorities coming from all over the world (Europe, Africa, America, Asia and Australasia). Taiwan is a member of (PIC/S) since 2013.

To connect with global standards, Taiwan became the member of the International Conference on Harmonisation of Technical Requirements for Registration of Pharmaceuticals for Human Use (ICH) in 2018.